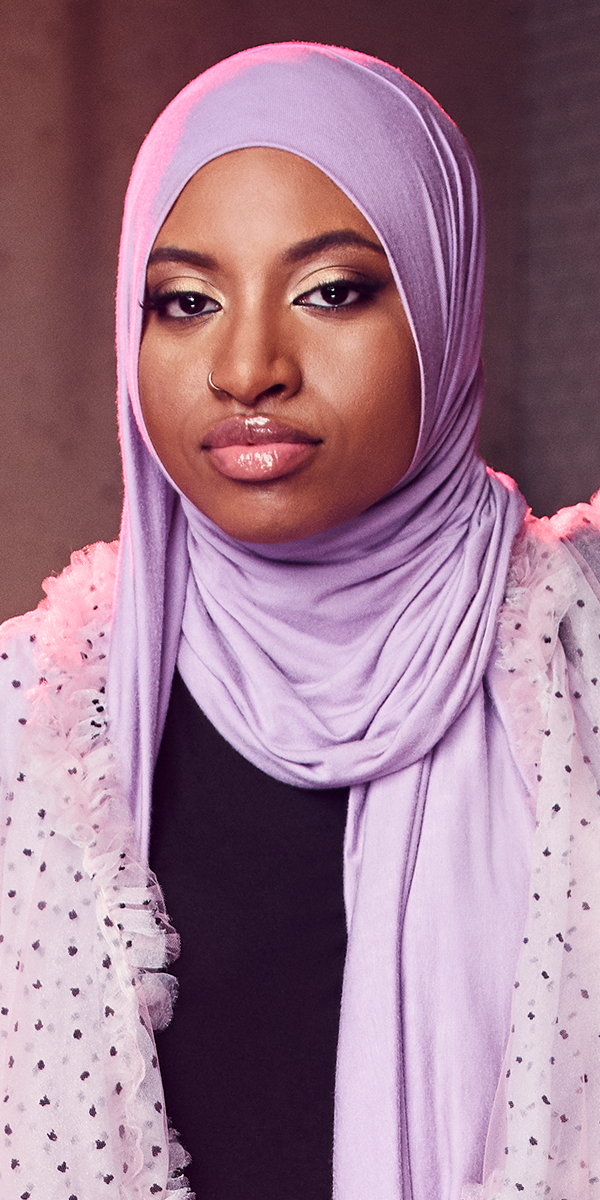 Asma Bibi found her passion for fashion at a young age. While Asma was growing up in Philadelphia, a city largely populated with American Muslims, her parents operated a clothing business and her mother taught her the basics of garment making. From there Asma taught herself more advanced skills aided by online tutorials and YouTube. Asma’s motivation for designing a fashion line stemmed from the gap she noticed in the fashion market for modern and modest clothing that appealed to young Muslim women. In 2017, Asma launched her brand Hijabi Pop with the mission of creating modest yet trendy outfits for millennial Muslim females. In 2018, the designer showed her collection at the Fall 2018 Hijab Fest, the CLF Conference in Atlanta, and New York Fashion Week. In the future, Asma’s mission is to take her modest-wear line mainstream as a modest luxury brand. She takes pride in her determination and identity as an African-American Muslim woman